This Friday, August 26, tickets go on sale for the 2016 Christmas Ship™ Festival! In honor of this joyous and festive occasion, we’re sharing with you the history of this long-time Puget Sound tradition this #MeetUsMonday.

While Argosy Cruises has been a part of Seattle’s annual Christmas Ship™ Festival for a long time, the event itself goes way back to 1949! It was first organized by Paul Brown from the Office of the Superintendent of Parks as the “Seattle Civic Christmas Ship Festival.”  The cruises themselves were reserved for parks employees and others, but the Christmas Ship™  sailed the waters of Puget Sound and the lakes while making visits to area parks.

During the early days of the festival, sailings lasted four to five hours, and the festival itself lasted about a week. The Christmas Ship™ visited four to five locations a night, with choirs on board singing holiday favorites to groups gathered on shore.

The first Christmas Ship™ , holding the honored position from 1949 through 1967, was the Valkyrie — a 106-foot-long wooden yacht who first served as an air-sea rescue vessel for the U.S. Army in World War II. After her military service she was owned by the late Chris (Norman) Berg, a Seattle businessman with a strong love for promoting civic activities who donated her use for the festival.

From 1968 to 1979 the Sobre las Olas became the second Christmas Ship™ vessel, before turning over the job with the Snow Goose in 1980.

In 1984 the longtime partnership between the Seattle Parks Department and Argosy Cruises (then Seattle Harbor Tours) began. That year and through 1986, Lynn and Alice Campbell of Seattle Harbor Tours donated their catamaran, the Spirit of Alderbrook, to be used as the Christmas Ship™ .

In 1987, the brand new Seattle Harbor Tours flagship was built: the Spirit of Seattle. That year, and every year since, the Spirit has been THE Christmas Ship™ during the festival. But it wasn’t until 1994 that the holiday sailing schedule was increased from only five days to three weeks by then Argosy Cruises president John Blackman.

During the upcoming 2016 Christmas Ship™ Festival, the Christmas Ship will sail for 23 days starting on Friday, November 25. There are 31 different departures throughout the season and over 60 different community performance sites in the Puget Sound area!

Here are some highlights of the 2016 schedule:

While it’s still only August and summer is going strong, we at Argosy Cruises cannot wait to see you this holiday season — whether you cruise with us on board the Christmas Ship™ or one of our Follow Boats, on your own vessel, or standing around a bonfire at one of our shoreside performance sites.

AHOY TO THE WORLD! 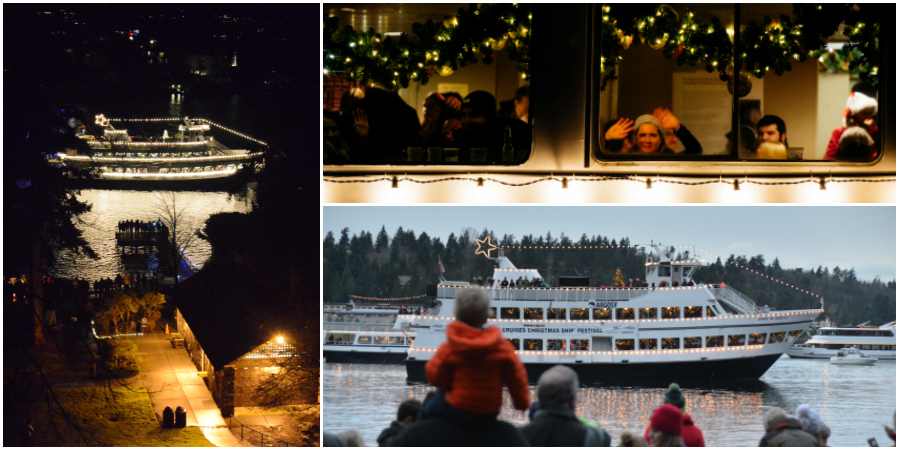 1984 to 1986      Fourth Christmas Ship™, the Spirit of Alderbrook, is donated by Lynn and Alice Campbell of Seattle Harbor Tours (later to be come Argosy Cruises) 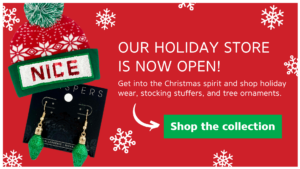